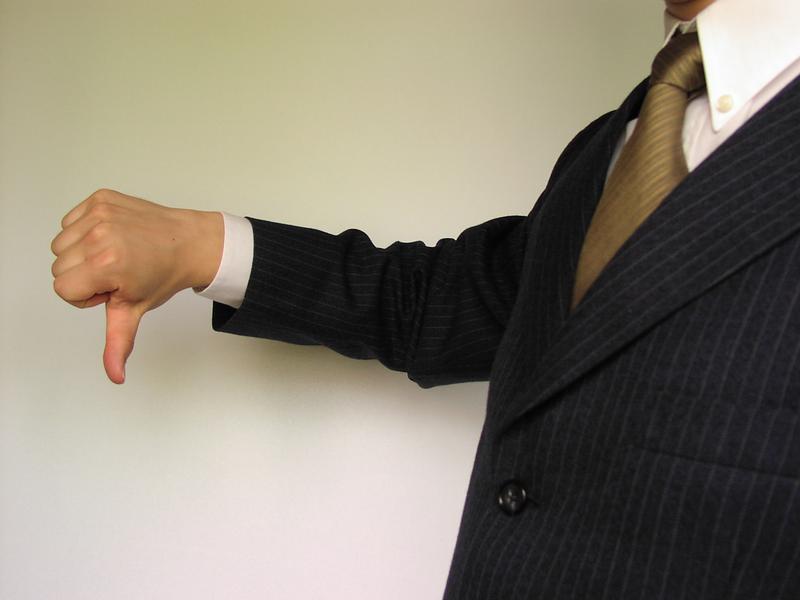 Well so much for the CFPB and their attempt to protect the consumer. They’ve been shot down! The Senate has voted “to strike down a sweeping new rule that would have allowed millions of Americans to band together in class-action lawsuits against financial institutions.”

The “vote is a giant setback for every consumer in this country,” Richard Cordray, the director of the consumer bureau, said in a statement. “As a result, companies like Wells Fargo and Equifax remain free to break the law without fear of legal blowback from their customers.”

While I may not necessarily agree with the Consumer Financial Protection Bureau (CFPB) on all of their practices, they were established by Dodd-Frank to investigate and stop such abuses. So in a previous article, I praised them for having adopted a rule that could potentially allow for court justice, by prohibiting financial firms from forcing their customers into arbitration in disputes over their bank and credit card accounts.

They took this action as a result of the recent court approval of a $142 million settlement of a class-action lawsuit between Wells Fargo and victims of its fake accounts scandal and Wells Fargo’s attempt to veto the class action, forcing the individual customers into arbitration based upon the arbitration clauses customers had to agree to when they initially opened accounts at the bank.

I quoted an article in the New York Times  by Jessica Silver-Greenberg and Michael Corkery who asserted: “Today, it is virtually impossible to apply for a credit card, rent a car, get cable or internet service, or shop online without agreeing to private arbitration.”

If something goes wrong, if you’ve unwittingly been defrauded, you have waived the right to bring the merchant to court, a right that companies and banks especially have taken advantage of for years to the customers’ detriment. Worse yet, arbitration rulings are final! The arbitrator doesn’t necessarily have to give a reason; they could even be in error. Still, the ruling is final!

Even worse, most of us won’t bother with the formal arbitration process for small amounts in dispute. As the LA Times notes, “that gives companies carte blanche to cheat and defraud on a wide scale, as long as they don’t take very much from any individual.”

With arbitration clauses appearing in tens of millions of contracts, the CFPB was specifically mandated to study arbitration in the Dodd-Frank financial law in 2010. That mandated effort culminated in a 728-page report, released in March of 2015, that challenged longstanding assumptions about arbitration.

The CFPB found that once blocked from suing, few people went to arbitration at all. And the results for those who did were dismal. During the two-year period studied, only 78 arbitration claims resulted in judgments in favor of consumers, who got $400,000 in total relief.

The banks’ argument was that these suits would lead to frivolous lawsuits with only class action lawyers profiting.

But William K. Black, co-founder of Bank Whistleblowers United and an Assistant Professor of Law and Economics at the University of Missouri at Kansas City, identified another big reason the banks were so opposed to customers being able to join in class action lawsuits. In an interview, Professor Black notes that class action lawsuits enable the legal process of discovery, such that “the law firm can actually do an investigation and find the facts and make public the facts… it’s that discovery that can lead to the criminal prosecution…” So the banks and management are desperate to prevent those lawsuits and the possible consequences of associated discovery.

Pam and Russ Martens of Wall Street on Parade commented on the Wall Street arbitration process. “Unlike a public courtroom, the press and the public are not allowed to attend the hearings. There are no publicly available transcripts of the hearings as there would be in court. Arbitrators are instructed that they do not have to follow legal precedent or case law but can rule from their gut; they are not required to write reasoned and detailed decisions so that an appeal of their findings can be made. In fact, it is next to impossible to bring a court appeal of an arbitration ruling because Wall Street’s biggest law firms have spent decades convincing the courts that these decisions must be permanently binding.”

They go on to tell us, the Senate voted “to keep the nation’s courthouse doors closed to the customers of the Too-Big-to-Fail banks on Wall Street – effectively strengthening the no law zone that already exists for these banks.”

The Consumer Financial Protection Bureau invested five years of research, industry official meetings, getting the public comments and making sure they had crafted the regulatory language needed to adopt a rule on forced arbitration by banks and credit card companies. They began the process in 2012 and involved all stakeholders to submit input on the matter. The CFPB held numerous meetings with representatives of the financial-services industry and their trade associations, led by the powerful U.S. Chamber of Commerce.

“The repeal of the CFPB’s arbitration rule reeked of the banking industry’s heavy-handed influence over Washington’s politicians,” said Christine Hines, legislative director for the National Association of Consumer Advocates.

“Wall Street’s power, including its tens of millions in donations to campaign coffers, made it easy for Senate Republicans to choose big banks and predatory lenders over the rights of their own constituents,” she said.

The Pew Charitable Trusts have found that three-quarters of banks’ account contracts include clauses that mandate arbitration. Consumers not only disapprove of the clauses, ninety-five percent of those surveyed said they should be able to be heard by a judge or jury, according to a Pew Trusts survey. According to Pew, class-action lawsuits are also supported by consumers, with 9 out of 10 saying they want the right to join in a lawsuit against their banks. By the way, this was across the board and surprisingly non-partisan. Republicans, Democrats and Independents were all in majority agreement on that they should have the right to legal recourse.

I have personally witnessed the abuse of bank investors as well as customers, and sincerely believe that the banks will be much less likely to engage in bad business practices if they know they may be sued in class actions and held accountable, perhaps even criminally, for bad behavior.

This action by Congress to allow the banks to continue to force customer arbitration and prohibit possible court remedies will, unfortunately, ensure continued consumer abuses and widespread fraud, like those still coming to light at Wells Fargo. This action sends the message, loud and clear, to bank management that there will continue to be no real consequences for bad behavior.

If You Check the Box …You’ve Given Away Your Rights! But CFPB is Coming to the Rescue!
If You Can’t Trust the Intelligence Community, Who Can You Trust?
Ethics: The Road to Profits

How Do You Fix SEC Broken Windows? The answer is - you can’t!
If You Can’t Trust the Intelligence Community, Who Can You Trust?
Ethics on your mind? Subscribe to my ezine to get my latest article delivered right to your inbox. Click Here to Subscribe