Headlines recently focused on Citigroup and its blatant power over government with the inclusion of a Citi-written provision in year-end funding legislation that guts part of Dodd-Frank’s restrictions on banking.   It seems that while we were paying attention to, as Senator Elizabeth Warren (D-Mass.) labeled it, Wall Street institutions’ extraordinary influence in Washington’s corridors of power and Citigroup’s grip over economic policy making, we ignored Wall Street killing another bill it did not favor; the revised version of what would have been the FOIA Improvement Act of 2014.

The original law gives citizens the right to access information from the Federal government. The premise of FOIA is that citizens have the right to know about affairs of government without government’s determination on what they think it expedient and proper for citizens to know or not know. It not only allows for oversight over the activities of government, it supposedly serves to reduce government corruption and empowers citizen’s control over their government. Any individual can exercise their right to access information through FOIA by filing a FOIA request for the specific data needed.

It is a critical element to freedom of the press and journalists accessing information. It is often described as a law that helps keep citizens in the know about what the Federal government is up to. In fact, many investigations would not be possible without FOIA.

However, the act is not without its problems. Senators Patrick Leahy (D-Vermont) and John Cornyn (R-Texas) concerned about the act’s numerous flaws, introduced a new bill that would make it harder for government agencies to delay giving much needed information or give the excuse that “the records fall within the scope of an exemption” or “disclosure of the information may be embarrassing to the agency or because of speculative or abstract concerns.” To that end, the two senators set about trying to make it easier for information locked up in government vaults and hard drives to be made more readily available.

The bill would also have created an online portal to make it easier for people to make one FOIA request that would go to all relevant agencies, as opposed to making a separate request to each agency, and would have created a “Chief FOIA Officer’s Council” to make sure FOIA was working properly.

The Senate passed the bill unan 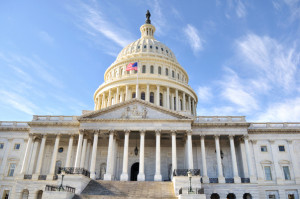 imously and it went to the House which had previously passed another version of a FOIA reform, also unanimously. Reps. Darrell Issa (R-Calif.) and Elijah Cummings (D-Md.), who sponsored the House bill, urged their House colleagues to approve the Senate version and send it to the president. They said in a joint statement that the measure would “strengthen FOIA, the cornerstone of open-government law.”

Despite President Obama’s “presumption of openness” order and his pledge to run the most transparent government in U.S. history, government watchdogs have criticized the current administration for being one of the most opaque in recent history. Yet, it was expected President Obama would sign the bill into law.   The Washington Post said, “Government watchdogs, rejoice. (The) FOIA bill is on track for passage.” In addition, more than 70 transparency groups backed the bill.

However, the Senate bill was never brought up for a vote in the House despite overwhelming bipartisan support. Amy Bennett, the assistant director of OpenTheGovernment.org and a leading advocate for the passage of the FOIA bill, told The International Business Times that she believed Wall Street lobbyists had gotten their hooks yet again into the legislative process against a bill it did not like. “The negotiation process for this bill has been going on for six months now,” she said. “But the banks only started raising objections in the last week. Wall Street’s lobbyists are going to their allies on Capitol Hill and are asking them to delay it. But Wall Street just wants to kill the bill.”

So the bill was killed.

Transparency advocates state that federal agencies regulating the financial industry — in particular the Securities and Exchange Commission, Wall Street’s primary regulator in Washington—need the new FOIA bill – not to reinforce old exemptions, but to force the government to disclose more information because the agency has erred on the side of secrecy.

In a late move by Democratic Sen. Tim Johnson (D-SD) he signaled that financial firms feared the FOIA bill will open the floodgates of information about the industry’s relationship with public agencies. Johnson argued, “financial institution should not have to fear that its regulator will be unable to protect the institution’s confidential information from disclosure” to the public. It should be noted that Johnson has received over $4 million from the finance, insurance and real estate industry during his career, according to OpenSecrets. 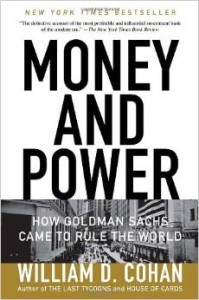 My friend, William D. Cohan, a former banker and author of Money and Power: How Goldman Sachs Came to Rule the World said, Johnson’s language “is another example of how far public officials will go to protect Wall Street’s interests,” Cohan told the International Business Times. “We need more transparency, not less.”

(By the way, here is a personal example of why I believe so strongly FOIA reform is needed: when Cohan filed FOIA requests for my SEC testimony, the SEC refused to release any of the 1,000+ pages of evidence of fraud I had voluntarily provided to them, saying they were “confidential” and “trade secrets,” even though some of the pages showing the fraudulent mortgage-backed securities investor representations were printed off the internet).

This is sad and potentially dangerous to our democracy. As Cohan says, “When a bill with unanimous support, intended to increase our collective knowledge about the inner workings of our government, can apparently get defeated at the 11th hour by Wall Street lobbyists and a speaker of the House using a technical ploy, then one has to lament the sad direction our democracy has taken.”

Who Owns Congress?
Whistle blowing on the rise!
Ethics on your mind? Subscribe to my ezine to get my latest article delivered right to your inbox. Click Here to Subscribe