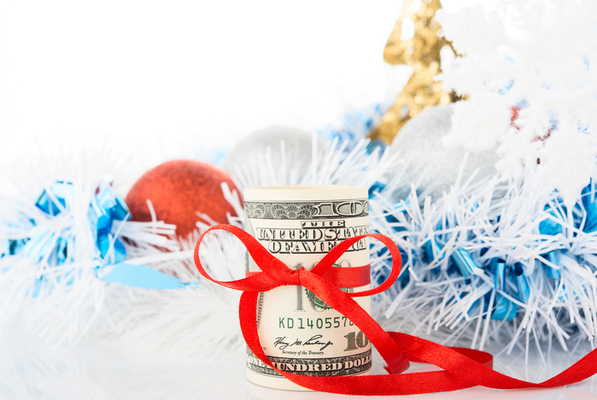 It’s a brand new year! And, this means new beginnings and hope for us all personally and perhaps for the direction our country is moving towards. After all, a new year and new beginnings does signify hope so being optimistic is a good thing, isn’t it?

I was feeling hopeful the financial services industry was getting its act together and maybe loosening the stranglehold they have exerted on government and private regulatory bodies, until I read last week of the recent incident engineered by James Schnurr, the SEC Chief Accountant.

Schnurr publicly upbraided the Public Company Accounting Oversight Board (PCAOB), saying that “the board was moving too slowly.” But, as noted recently by the Reuters journalist, Charles Levinson, Schnurr’s “office has used its oversight powers to block, weaken and delay” PCAOB Chairman James Doty’s attempts to tighten controls on the accounting industry.

It is very instructional to know some history behind this conflict which should raise red flags for all concerned and is another illustration of the large banks and their affiliates use of the revolving door to weaken restrictions required by law.  After the fall of Enron and WorldCom due to widespread fraud, Congress created the PCAOB in 2002 by passing the Sarbanes-Oxley Act.

The goal was to tighten controls on the auditing industry with the PCAOB given the power to “audit the auditors” and set standards for the auditing industry.  The PCAOB would report to the SEC, which had control of its budget and essentially its rule making. The SEC could also appoint board members, yet had limited powers to remove them, thus giving this new entity some independence from the SEC.

Enter some dramatic shifts in reporting accountability.  The good old boys network was scrutinized and the PCAOB made aggressive yearly inspections of accounting firms. James R. Doty, the board’s  then and current chairman, said in a speech (2011): “Our inspectors have conducted annual inspections of the largest U.S. audit firms for eight years.” … “They have reviewed more than 2,800 engagements of such firms and discovered and analyzed hundreds of cases involving what they determined to be audit failures.” He said the firms had made efforts to improve, but that each year more failures were found.

“I am left,” he said, “with the inescapable question whether the root of the problem is auditor skepticism, coming to ground in the bedrock of independence. The loss of independence destroys skepticism.”

In 2011, the PCAOB took the unprecedented action of publishing a report criticizing Deloitte, saying the firm “lacked an adequate system of quality control in its audits…” and that “it placed too much faith in officials of the companies being audited.” It claimed  that in some cases Deloitte’s auditors did “not bother to even  consider  whether accounting  decisions  made by companies were consistent with accounting rules” and that auditors  accepted company management assertions that their accounting was proper.

The report, which dated back to 2008 and covered audits from 2007, cited problems in 27 of the 61 Deloitte reports it had reviewed. A more recent 2010 report on Deloitte cited problems with 15 of their audits. The PCAOB said the firm had not done the necessary work to assess if management’s reports were, in fact, accurate.

So you may be asking: where is this headed? James Schnurr, in his fairly new role as Chief Accountant at the SEC, has direct authority over the PCAOB. Schnurr was deputy managing partner at Deloitte and commanded the auditors – yes, you see where this is going- who were criticized by PCAOB!

While Schnurr was deputy managing partner at Deloitte, the firm signed off on the books of Bear Sterns, Washington Mutual and Fannie Mae. Remember each went bust shortly thereafter leaving their investors with $15 billion in losses! The reports issued by PCAOB led to his demotion. Wait…it gets better. SEC Chair, Mary Jo White named Schnurr to this post. White, was a partner at the law firm, Debevoise and Plimpton, which had Deloitte as a client. White’s husband, another law firm partner, still has Deloitte as a client.

So this highly qualifies him to take on this SEC position! Yet Schnurr is far from the first professional who has gone from industry to government.  According to Lynn E. Turner, a former Big Four accounting executive and past chief accountant for the SEC, “the very people the PCAOB is regulating are the ones who are overseeing them.” The “co-partnering” is blatant. A former Deloitte partner has had control of the SEC chief accountant’s office for 10 of the past 20 years. The PCAOB’s board currently has two former partners from law firms representing Deloitte and also counts the father of a Deloitte auditor.

So, who’s in charge of this zoo? Looks like the inmates. And it looks as if the standoff is a test of who has more clout with our regulators in Washington, the investors  who want better  disclosure  and have a right to know  what is really going on inside the companies they invest in or the financial services  firms who supposedly serve  these same investors.

As I continue to tell my audiences, the large banks and their allies have a “stranglehold” on our country. It appears that “the Dodd-Frank provisions attempting to place controls on the large banks have been systematically gutted.”

And, for anyone who has doubts that this is happening, Charles Levinson has earlier Reuters articles describing in detail how the revolving door has resulted in large bank control in limiting mandated rules-making by the Securities and Exchange Commission (SEC), the Financial Accounting Standards Board (FASB) and the Commodities Future Trading Commission (CFTC).

Our playing ostrich is leading up to the very same gambling by banks and the sloppiness of audits to catch what’s actually occurring — allowing a debacle to happen again.

So, a new year. A more positive financial horizon? Only if we as citizens wake up and demand our government be more responsible and accountable and let the regulators do what their jobs were created for.

[tweetthis]So, who’s in charge of this zoo? Looks like the inmates. ~ @RichardMBowen #SEC #TBTF #PCAOB[/tweetthis]

The Large Bank Stranglehold is Tightened!
Were Bank Settlements Really Payments of Extortion to the Department of Justice??
What Would You Do?

The Disappearing Derivatives … Mystery Solved?
7 Reasons to Be Grateful This Holiday Season
Ethics on your mind? Subscribe to my ezine to get my latest article delivered right to your inbox. Click Here to Subscribe