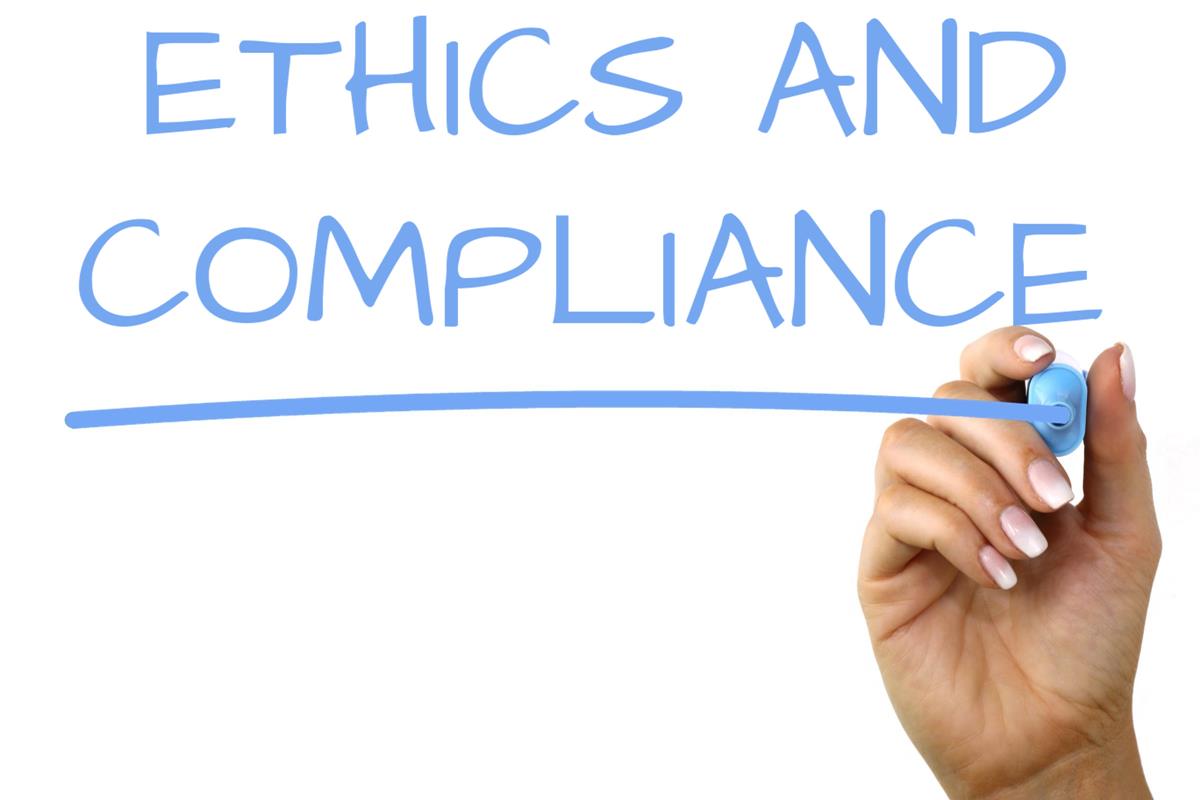 Bruce Weinstein, a leadership strategist and consultant, writing in a Forbes magazine article points out that “High character leaders ask, ‘What is required of me,’ but they don’t leave it at that; the highly ethical ones also ask ‘What is the right thing to do?’”

According to Mr. Weinstein, and I concur, “As important as both compliance and ethics are, ethics holds us to a higher standard… It’s crucial to respect your institution’s rules and policies, as well as the relevant laws and regulations, but your duties don’t stop there.”

In his article, Mr. Weinstein surveyed seven leaders in various fields who are involved in both ethics and compliance and asked them to explain the similarities and differences between the two from their perspective.

It turns out that their definitions of compliance were not too diverse. Pretty much all surveyed shared consensus. Looking at the business definition, compliance is defined such that the doer of an action (such as the writer of an audit report) or the manufacturer or supplier of a product, meets the requirements of accepted practices, legislation, prescribed rules and regulations, specified standards, or the terms of a contract.

Compliance is the framework under which companies operate. Compliance meets the requirements. One is in compliance when one follows the rules, the written practices, policies and procedures of the organization or the law. It’s fairly cut and dry. Some companies even have compliance officers to assure the “rules” are adhered to.

Ethics, however, has many more layers. Something can be legal, and not ethical. You can be in compliance but… its definition is much more complex and diverse.

If we define ethics by the dictionary definition it’s “the discipline of dealing with what is good and bad and with moral duty and obligation … a set of moral principles; a theory or system of moral values.”

The addition of “to gain public approval” is interesting, as some would say that ethics is about doing the right thing, period. It’s about abiding by one’s personal code, highest values and standards. It’s about gaining trust, and respect because you do the right thing as a matter of course and others know that you will no matter what.

While compliance is about codes of conduct, policies, rules and regulations, ethics holds an individual to a higher standard. Ethics are part of a person’s DNA and can be situational based on what the culture teaches and what is accepted in that culture, yet to some degree, most of us have a sense what’s right and what’s wrong.

One of the key questions asked by the Ethics & Compliance Initiative (ECI) is, “does it make a difference when a company dedicates more resources and heightens the priority of their E&C efforts?”

In 2013, ECI convened an independent panel of experts to develop the 5 Principles of a High-Quality E&C Program (HQP). They found certain factors central to business strategy in those who follow an ethical construct. Risks are identified, owned, managed and mitigated; a culture of integrity is critical and leaders at all levels must build and sustain that.

In addition, the ethical organization encourages, protects and values the reporting of concerns and suspected wrongdoing. The organization also acts and holds itself accountable when wrongdoing occurs. Ethical behaviors pay off – for the better.

This report clearly points out “that as the quality and strength of ethics and compliance programs increase, organizations see improvements in several key performance areas: “the establishment of a stronger, more resilient culture, and significant decrease in misconduct.”

In The Trust Edge, author David Horsager says, “Trust has the ability to accelerate or destroy any business, organization, or relationship. The lower the trust the more time everything takes the more everything costs, and the lower the loyalty of everyone involved.  Trust, not money, is the currency of business and life.” Trust comes about in part where ethics are high and individuals and structures can be counted on.

Ethics is about promise-keeping, loyalty, caring or compassion, accountability, leadership and commitment to excellence. Ethical conduct is often viewed as behaviors and conduct that is good for all; even unspoken ethical principles establish duties and obligations that help guide behavior.

Ethics is a philosophical endeavor and not a legal one. Some ethical conduct can be illegal, and for some, unethical conduct may be perfectly legal. While laws can coincide with a compliance standard, they can also deviate from it. In any event, it is important that any business code of conduct requires compliance with the law.

There is no accident that almost all our institutions, professionals and professional organizations have codes of ethics. Some complex and some less.

One of the most famous in its simplicity is the four-point Rotary code initiated in 1932 by Herbert J. Taylor who became a President of Rotary International:

Rotary has a more in-depth code of ethics, however the simplicity and directness of this one sticks.

What I found interesting and telling is that while ethics may be a philosophical construct, it’s not about hard rules and regulations and procedures one follows. It’s open to interpretation.

Whether it was engineers, physicians, teachers, fundraising professionals, and yes bankers, among dozens more, a common ground was truth, responsibility, professionalism, respect for others, fair, accountability-protecting and safeguarding the public trust and more along these lines. Overall there was an unwillingness to tolerate unprofessional behavior in colleagues and themselves. Each profession was expected to put mission first above personal gain.

With that said I think there’s more to this ethics/compliance discussion. Even with all the rules and procedures and regulations we’ve had in place, people have suffered grave financial losses as a result of many companies not following ethical standards.

What’s ironic is that we’ve called for accountability, but in many cases the actions were unethical, not illegal. Click To Tweet

The Enrons and Wells Fargos and dozens more eroded public confidence because of their unethical practices. They scoffed at ethics. What’s ironic is that we’ve called for accountability, but in many cases the actions were unethical, not illegal.

We need to go further. Just asking the questions of is it legal, would it look good in the news, does it reflect our values, would our friends’ neighbors, family, boss approve, is not enough.

I was struck by the Girl Scouts business ethics code:

To be trustworthy, honest, fair, responsible, right. It went on to say, when girls participate in the Girl Scout Cookie Program, they learn business ethics. This matters because employers want to hire ethical employees and the world needs ethical leaders in every field.

No doubt. The world is crying for ethical leaders.

Parsing compliance and ethics is not going to get us there. Making ethics a code of honor that we follow in our businesses, institutions and family, a way of life might.

Whistleblowers Who Save the World, A Korean Perspective
This is Not a fairy tale!!!
Ethics on your mind? Subscribe to my ezine to get my latest article delivered right to your inbox. Click Here to Subscribe