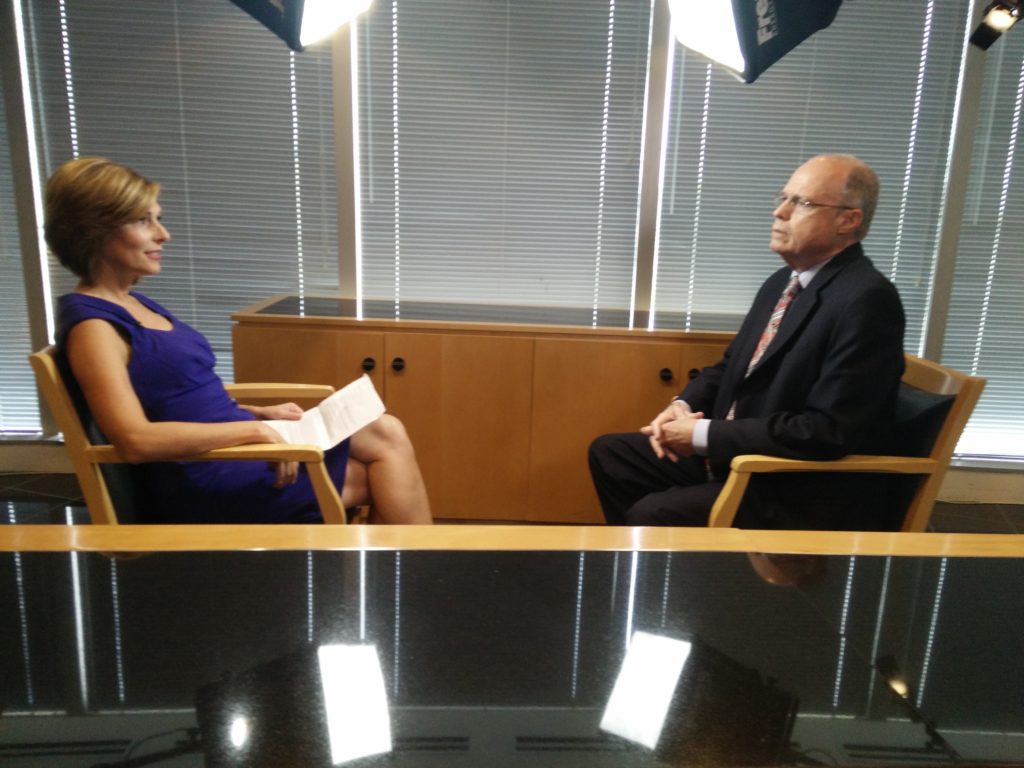 Last week I had the opportunity to be interviewed for Full Measure News, by Sharyl Attkisson, a five-time Emmy Award winner and recipient of the Edward R. Murrow award for investigative reporting. Sharyl is the host and anchor of Full Measure News which is broadcast to 43 million households in 79 markets on 162 Sinclair Broadcast Group stations, including ABC, CBS, NBC, FOX, CW, MyTV, Univision and Telemundo affiliates. It also streams live Sunday mornings at 9:30 a.m. ET.

In addition to being a New York Times bestseller author for Stonewalled, Sharyl has been a correspondent and anchor at CBS News, PBS, CNN and in local news. In 2013, she received an Emmy Award for Outstanding Investigative Journalism for her reporting on “The Business of Congress,” which included an undercover investigation into fundraising by Republican freshmen. She received two other Emmy nominations in 2013 for “Benghazi: Dying for Security” and “Green Energy Going Red.”

Full Measure News is known for stories “that explore untouchable topics in a fearless way including: immigration, terrorism, government waste, national security and whistleblower reports on government and corporate abuse and misdeeds.” So it was indeed an honor to visit their D.C. area office and be able to tell my story, most especially given their extensive coverage.

I had chatted with the producer, Caroline Cooper whom I knew when she was a producer with Dan Rather, several times. Caroline has experience at ABC News Nightline, CBS News 60 Minutes and HDNet’s Dan Rather Reports. Most recently, she was senior producer on Al Jazeera America’s nightly news magazine America Tonight. She called me after seeing my post on the FCIC about making a criminal referral to the Department of Justice based solely on my testimony and evidence.

We talked about this evidence still not being released to the public by the National Archives, even though I was able to identify many of my documents in the complete 1,400-page list of inventory of the Financial Crisis Inquiry Commission (FCIC) documents, which the National Archives said would eventually be released, and has, of now, not been.

In the interview with Sharyl, we went into detail about the evidence and my Citigroup experience which the FCIC felt warranted possible criminal prosecution by the Department of Justice, Senator Warren’s recent call to action and her identifying 11 criminal referrals given by the FCIC to former Attorney General Eric Holder. We talked in detail about why the DOJ has ignored my criminal referral as well as the other 10 criminal referrals made by the Congressional Commission.

Of course, I mentioned my repeated warnings to Citi’s senior management over an 18-month period, before I addressed an email to Robert Rubin (who the next day was named Chairman of the Board of Directors at Citigroup), and Citi’s chief auditor, chief risk officer and chief financial officer, to warn the board of the breakdowns of internal controls and looming large financial losses.

I told of going to the SEC in July of 2008 with 1,000 pages of evidence; the SEC’s  initial enthusiasm about pursuing these issues and then their burying my testimony after the bank bailouts in October of that year. And, we discussed the SEC’s refusal to release any of these documents, even under multiple Freedom of Information Act (FOIA) requests. They stated these documents were “confidential” and “trade secrets” even though some of these documents, including the fraudulent representations given to purchasers of mortgage-backed securities, had come directly from the internet.

I then told the story of my going to the FCIC, who asked for up to 30 pages of written testimony and of their “advising” me of what should be included, which resulted in my sending them 28 pages. And then being told by the FCIC deputy general counsel through my attorney that much of the damning evidence they’d originally asked me to include they now wanted out. Of course, I mentioned that I was told in no uncertain terms that if I did not take the specific evidence out I would be taken off the witness list. I then decided that it is better to get something on the record than nothing, and so I edited the testimony down to 20 pages, which became my official testimony and was posted on the FCIC website the night before the hearing.

Every time I talk about these incidents and the blatant cover up and lack of follow through on the part of the DOJ, the SEC and others I become more convinced of how necessary it is to keep this discussion moving forward, getting it to more people and asking for justice for the American people who have had to pay the price for the frauds that led to the financial breakdown of 2008.

Robert Rubin was at Goldman Sachs for 26 years, before becoming United States Secretary of the Treasury and then Chairman of the Executive Committee at Citigroup for 10 years. He was recently the honored guest of the Federal Reserve of Dallas, talking about his experience as secretary to many community leaders and business people on what steps were taken to assure the financial crisis of 2008 does not happen again.

Had I been present that evening my question to him might have been, Mr. Secretary, you knew nothing about the fraudulent underwriting practices both Goldman Sach’s and Citigroup were involved in? Yet as Chairman of Citigroup’s board you had fiscal responsibility for these issues.  How is it possible no one knew anything?? Or kept quiet in the face of out and out fraud? Did no one want to upset the “golden calf”? And what steps are being taken right now to assure another financial debacle on that scale does not happen again?

Luckily sources such as Full Measure News is willing to keep the conversation going so more citizens can learn the inside story and make sure they don’t have to pay the price of incompetence again.

Now We Know — The DOJ Ignored Two FCIC Citi Criminal Referrals!
Damn the Evidence! No Prosecutions for Citi
Speaking Out Has a Price… Are You Willing to Pay the Cost?

Banking In the 21st Century: The Great American Ponzi Scheme at Wells Fargo (and all TBTF)
Snowden: Hero, Whistleblower or Traitor? Make Up Your Own Mind!
Ethics on your mind? Subscribe to my ezine to get my latest article delivered right to your inbox. Click Here to Subscribe