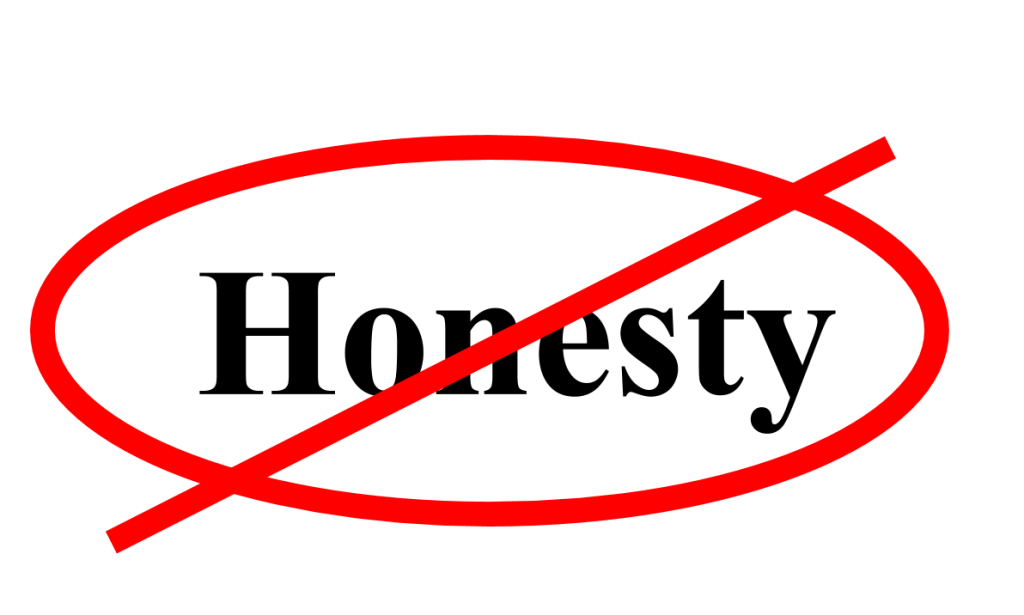 Have you lied today?

This is the central question posed by the new independent film, (Dis)Honesty — The Truth About Lies, which recently aired in select theaters and film festivals, and is available on iTunes and CNBC. Directed by Yael Melamede, co-founder of SALTY Features, the documentary focuses on the work of Dan Ariely, Ph.D., a professor of psychology and behavioral economics, at Duke University.

The crowdfunded documentary is a thought provoking look at why we lie. It is based on Ariely’s book, The Honest Truth About Dishonesty — How We Lie to Everyone, Especially Ourselves. Ariely’s work has made the study of truth and lying his life work. His multiple TED talks have been viewed by millions.

Through the use of Professor Ariely’s class room lectures, lab environment experiments, and interviews with people who have admitted to lying in major ways and have paid the price, viewers are left with some disturbing conclusions of what appears to be a fundamental human trait: the ability to be dishonest.

The interviews are especially disturbing as the range of people interviewed are so everyday normal — a mother doing the best for her children, a young wife, a professional basketball referee, a college student admissions officer from a prestigious college, day traders, and a young athlete, among others.  Several had gone to jail and/or lost everything as a result of lying.

The slippery slope they all traveled was a gradual one. And, they were influenced by the same factors Professor Ariely studies in his lab experiments.

Any one of us could relate to them.

Mirriam-Webster defines dishonesty as “lack of honesty or integrity; disposition to defraud or deceive. A dishonest act: Fraud.”
It describes cheating, lying or being deliberately deceptive, using corruption or treacherousness.

When you look at the many crises and scandals we have had in this century, many of which are still fresh on our minds, dishonesty is the root cause. For example, consider the VW and NSA privacy scandals. And, of course, there is the financial crisis brought on by Wall Street bankers and government officials, including the recent admission by Ben Bernanke that he purposefully misled the public about the collapse of Lehman Brothers.

One of the key points the film leaves viewers with is that by getting a better understanding of why and how people lie, we might be able to prevent some dishonesty. However, this is a “perhaps” and a “might be able to.”  It looks as if people say they are honest but the documentary uncovers a significant layer of rationalization between what we perceive to be the truth and a fudge factor.

Many of us claim to be honest, but we don’t drive the speed limit, or maybe aren’t one hundred percent honest when reporting our income taxes. Perhaps we  exaggerate our competence and claim to be much more “proficient,” and “successful.” Many of us state that we are better drivers, students, partners than we really are. Perhaps we stretch a bit of the truth in an online dating service or take extras from a vending machine.

We rationalize our lies and behavior because everyone is doing it! After a while, we don’t even consider it to be a lie.

Another chilling observation from Professor Ariely’s controlled experiments in The (Dis)Honesty Project, is that seventy percent of the subjects cheated. The bottom line is that, if people who were similar to you cheated, so might you.

The film points out that, once you lie, you are likely to do so again. Lying makes the brain feel good for a while, a dopamine-adrenaline high. So, we have to lie more to get that shot once again.

(Dis)Honesty shows that the further away you are from a source of money, the greater the chances of lying and cheating.  If money matters are transacted though credit cards, insurance, stocks, bonds, sureties, and mortgages, the less those involved can personally relate to what these instruments represent, the greater the chance of corruption.

The documentary also asks the question: who lies more, politicians or bankers? And, the bankers won! This was no surprise to me. I have written about studies which have shown that employees of banks may cheat more than employees of other organizations.

(Dis)Honesty pointed out what I have been saying for some time: dishonesty costs society.

We learn from the film that, for some, in fact, it’s human nature. They reason that a little bit of lying is okay if it’s done for a good cause or to not hurt or embarrass oneself or others. They believe that it’s also okay in public relations and marketing exaggerations.

It seems that the more creative a mindset, the more the justifications about what is morally and viably accepted.  For example, in collaborative efforts, if I cheat and you are part of my ”group,” that gives you an opening to do so, as well. This is much like insider information which is passed around and capitalized on all the time.

(Dis)Honesty points out that if it’s socially acceptable in one’s circle – that is, if others are doing it – that opens the door for us to do the same. By the way, no lying or cheating difference was found in gender or country of origin.

As an individual who is involved in helping companies with guiding principles regarding their ethics policies, this film is great news! Expect others to be honest, give them the opportunity to exhibit “on your honor” behavior and they just might. If a moral code is truly expected by an organization, school , or  company’s corporate culture, then it will likely be followed.

The documentary showed examples of children in Honesty Stores in India, buying school supplies from open shelves. They pay the right amount, make their change from an open pile of money, and take just what they bought — there is no cheating and no one is watching.

At Princeton University, students spend a full week in honor code training. They sign an honor code statement. And come test time, no one cheats on their tests!

Atheists swearing on a Bible, by and large, tell the truth.

The movie shows that lying and cheating are not so much about being bad, but about being human. We are all fallible and have much to learn about honesty and our ethical shortcomings. Honesty can be taught. If honesty is expected, it often becomes reality.

So folks, Gekko and Madoff may not have not won after all.

Whistleblow Wall Street – A Call to Action!
Questionable Ethics Taint Volkswagen
Ethics on your mind? Subscribe to my ezine to get my latest article delivered right to your inbox. Click Here to Subscribe